The Everyman is a non-profit company that produces and presents the best in Irish and international performance. The Everyman’s mission is to be indispensable to all of the communities it serves: audiences, artists (local, national, international), employees and suppliers, while remaining rooted in, and inextricably linked to, Cork.

Our beautiful theatre is a 650-seat listed building and a jewel of late Victorian architecture, celebrating its 120th birthday in 2017. The building is steeped in history and the auditorium is a favourite with audiences and performers alike for its intimacy and atmosphere.

The Everyman is a non-profit organisation which has a strong gender equality policy and a focus on diversity in it’s programming. It is a major beacon for Irish theatre outside of Dublin and in more recent years it has produced many thought-provoking pieces of work including Asking for It based on Louise O’Neill’s book of the same title.

Angela’s Ashes is the best-selling autobiography by Irish expat Frank McCourt. It follows the experiences of young Frankie and his family as they try against all odds to escape the poverty endemic in the slums of pre-war Limerick.

The Angela’s Ashes walking tour of Limerick follows in the footsteps of Frank McCourt. The book consists of various narratives and stories of Frank McCourt’s impoverished childhood and early adulthood in Brooklyn, New York and Limerick as
well as McCourt’s struggles with poverty, his father’s drinking issues and his mother’s attempts to keep the family alive. Angela’s Ashes was first published in 1996 and won the Pulitzer Prize for Biography or Autobiography.

The Angela’s Ashes walking tour takes participants through the various ocations mentioned in the book – through historic Georgian Limerick viewing the stone-faced Georgian offices and townhouses which frame St John’s Square.
Through the streets and parks that McCourt played in as a child, by the street where the McCourt family lived and to Leamy House, the school which Frank attended until his 14th birthday. This tour will bring the book to life for you as you walk in the author’s footsteps.

The Frank McCourt Museum, in Limerick City, is a museum dedicated to the writer, and Pulitzer Prize winner, Frank McCourt.

According to their website, this tudor-style, listed building, ‘Leamy’s School’, was where Frank and his brothers received their early education. Leamy House (formerly known as Leamy School) is a tudor style, listed building with an interesting facade, complete with tower, turrets, ornamental chimneys and splendid gargoyles carved in limestone and sandstone.

The central area of the museum is a faithful re-creation of the former classroom of the 1930’s, with authentic desks and wall hangings. Visitors can imagine the young Frank and his friends sitting at these desks as the teacher ‘beat the education into them’.

Two rooms have been turned into a museum by Una Heaton and are a re-creation of the McCourts home in Roden Lane. Visitors can see first-hand the living conditions experienced by the McCourts and the other families who lived in the
Lanes of Limerick.

The most complete and authentic castle in Ireland, 15th century Bunratty Castle is a must-see on a visit to Ireland. In addition, Bunratty’s 19th century Folk Park allows you to experience a reconstruction of the homes & environment of Ireland of over a century ago. Set on 26 acres, the impressive park features over 30 buildings in a ‘living’ village and rural setting. Rural farmhouses, village shops and streets are recreated and furnished as they would have appeared at that
time according to their social standing, from the poorest one roomed dwelling to Bunratty House a fine example of a Georgian residence built 1804 home of the Studdarts, the last family to occupy Bunratty Castle. This is a very unique experience and brings Irish history to life.

An evening of the finest Irish traditional music, song and dance whilst dining on wholesome, farm fresh Irish produce including Irish Stew.

(Day 6) Visit to Cobh including the Titanic Experience visitor centre

Cobh, formerly known as Queenstown, is a small town located on the southern coast of Ireland. It was the departure point for 2.5 million of the six million Irish people who emigrated to North America between 1848 and 1950. These included Annie Moore and her two brothers – the first immigrants to be processed on Ellis Island in New York. On 11 April 1912 Queenstown was the final port of call for the RMS Titanic as she set out across the Atlantic on her ill-fated maiden voyage. The RMS Lusitania was sunk by a German U-Boat off the Old Head of Kinsale on May 7, 1915. The survivors were brought to the town of Cobh, and over one hundred victims lie buried in the Old Church Cemetery about a mile north of the town.
Famous boxer, entertainer, wrestler and playboy Jack Doyle is also buried in this cemetery.

Now that might have something to do with the Blarney Stone, the legendary Stone of Eloquence, found at the top of the tower. Kiss it and you’ll never again be lost for words!

Located in a beautiful campus in the heart of Dublin’s city centre, Trinity is Ireland’s highest ranked university. It is home to 17,000 undergraduate and postgraduate students across all the major disciplines in the arts and humanities, and in business, law, engineering, science, and health sciences.

Trinity’s tradition of independent intellectual inquiry has produced some of the world’s finest, most original minds including the writers Oscar Wilde and Samuel Beckett (Nobel laureate), the scientists William Rowan Hamilton and Ernest
Walton (Nobel laureate), the political thinker Edmund Burke, and the former President of Ireland and UNHCR Mary Robinson. This tradition finds
expression today in a campus culture of scholarship, innovation, creativity, entrepreneurship and dedication to societal reform.

The Book of Kells is Ireland’s greatest cultural treasure and the world’s most famous medieval manuscript. The 9th century book is a richly decorated copy of the four Gospels of the life of Jesus Christ.

Custom tour for this group. Your experienced guide will take you on a walking tour of Dublin focusing on the theme of literature.

The Irish literary tradition is one of the most illustrious in the world, famous for four Nobel Prize winners and for many other writers of international renown.

In 1991, the Dublin Writers Museum was opened to house a history and celebration of literary Dublin.

Situated in a magnificent 18th century mansion in the north city centre, the collection features the lives and works of Dublin’s literary celebrities over the past three hundred years.

Swift and Sheridan, Shaw and Wilde, Yeats, Joyce and Beckett are among those presented through their books, letters, portraits and personal items.

The International Literature Festival Dublin, founded in 1998, is Ireland’s premier literary event and gathers the finest writers in the world to debate,
provoke, delight and enthral. Described by the press as ‘boasting a stunning array of top international literary talent’ and ‘the country’s most successful and easily the best annual literary event’. With readings, discussions, debates, workshops, performance and screenings, the festival creates a hotbed of ideas. Whether it’s the mix of poets, writers of fiction and non-fiction, lyricists, playwrights and screenwriters, International Literature Festival Dublin brings new faces and household names together in ways that surprise and inspire. The festival takes place during your time in Dublin.

(Day 13) Tour of Theatre in Dublin

Poet and Nobel Laureate Seamus Heaney drew his inspiration from the land of his childhood. His work showed us the wonder to be found in the ordinary, in everyday objects and in the quiet beauty of rural Ireland. But his poems spoke to the whole world, earning him millions of devoted fans. He travelled a long way, from his childhood on a small farm in Northern Ireland to acclaim as one of the world’s greatest poets. By the time he won the Nobel prize for literature in 1995, he was one of the most beloved names in poetry, praised by the judges for his ‘works of lyrical beauty and ethical depth, which exalt everyday miracles and the living past’. Your guide will give you an insight into Seamus Heaney’s life, show early drafts of his work and explain the importance of his poetry today. 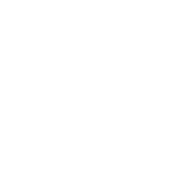 At EZC Study Abroad, we are all about offering choice, keeping program costs low, and advising students individually.